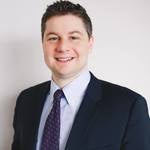 Mr. Russ is a skilled civil litigator with an established record of success for his clients in both trials and arbitration.  He has litigated a wide array of disputes through resolution including complex public works construction disputes, real estate disputes, commercial disputes, trade secret claims, partnership disputes, civil rights violations, and serious personal injury matters.  He has obtained seven figure verdicts and settlements for business owners. His array of clients includes construction companies, real estate developers, construction lenders, construction consultants, homeowners associations, condominium associations, franchise owners, and individuals. He has been repeatedly named a Rising Star by Super Lawyers Magazine, an honor bestowed on 2.5% of lawyers under age 40 in Washington.  He has been recognized by both the National Trial Lawyers Association and the American Society of Legal Advocates as one of the top 40 under 40 trial lawyers in Washington State, and is perfect 10.0 on avvo.com.

Thank you for contacting us. We will get back to you shortly.

Please complete all required fields below.