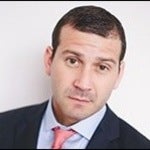 In addition to commercial matters, Mr. Bomsztyk maintains an active practice representing injured individuals in their personal injury claims as well as advocating for businesses accused of civil, administrative or criminal wrongdoing.

Thank you for contacting us. We will get back to you shortly.

Please complete all required fields below.